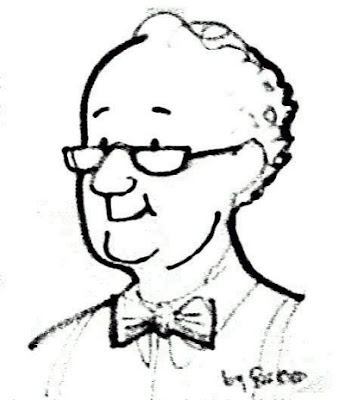 When Will Lee passed away in 1982, the producers of Sesame Street were faced with the dilemma of suddenly withdrawing the beloved and popular character of Mr. Hooper from the show without comment, or facing the difficult task of presenting the serious theme to millions of children. Sesame Street chose the latter.

Mr. Hooper had very close ties to Big Bird, and the topical storyline follows Big Bird's discovery, as he hands out portrait drawings as gifts, that Mr. Hooper is nowhere to be found. With the aid of child psychologists, the writers presented a genuine, heartfelt production that explained Mr. Hooper's death as a natural part of life, and with a delicate touch for the sensitive bird. The program was presented as a Thanksgiving Day offering in 1983 to encourage parents to view the special program with their children. The episode ends with the drawing near Big Bird's nest in honor of Mr. Hooper, and it hangs above the nest to this very day.

This Sesame Street presentation won numerous awards for its bold yet sensitive script, and was named by the Television Academy of Arts & Sciences as one of the ten most significant achievements in children's programming history. It is also the first American children's show to explore the theme of dying.


Posted by Iconservation at 9:04 PM