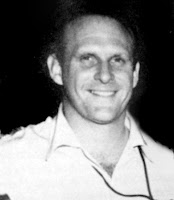 Born on August 8, 1921, William Asher is the son of Hollywood film producer Ephraim Asher. In the 1930's, Ephraim Asher was responsible for some of the classic Dracula and Frankenstein movies, as well as the critically acclaimed film, Magnificent Obsession. Son William Asher worked in various roles in Hollywood, from the mailroom to screen writer, and then director, and his professional career really blossomed after his WWII service with the US Army. His first feature was "The Leather Glove", which he co-wrote and co-produced.

His televsion work as director began in 1950 with several early classics, Big Town and Racket Squad, and in early 1952, landed a lucrative position with Desilu Studios. Asher directed the Our Miss Brooks tv series, but after 11 episodes, Desi Arnaz moved him to their top show, I Love Lucy. His very first "Lucy" show is monumental, the famous "candy factory" show in which Lucy and Ethel take jobs on a candy assembly line. Bill stays for nearly the remaining run of Lucy, overseeing years of unforgettable television, including, the birth of Little Ricky, Lucy's escapades in Hollywood, and the Ricardo's move to the country. Lucille Ball was immediately comfortable with him, and no other director in Lucille Ball's television career would direct more episodes than William Asher did. His flair for orchestrating physical comedy is the hallmark of I Love Lucy, and his distinct style is easily noticed from the start of season 2. Desi Arnaz was so impressed with Bill Asher, he will not premiere a new Desilu production without him in the director's chair. Asher is called in to direct the first dozen crucial segments for shows such as Make Room for Daddy and December Bride.

In the late 1950's, William moved from Desilu to other TV projects, usually as producer. He headed the Jane Wyman Show (Fireside Theater), and he won Dinah Shore and her "Dinah Shore Chevy Show" two major emmy's in 1959. He also re-established his movie career during this period, producing and directing several major film releases. In the early 1960's, he was the director behind nearly all the classic beach movies starring Annette Funicello and Frankie Avalon. He also produced and directed "Johnny Cool", starring television star Elizabeth Montgomery. The two fell in love, wed in 1963, and decided to develop a tv project together.

Bewitched was the result, an enormously popular and sophisticated television show about a mixed marriage between witch Samantha and mortal Darrin Stephens. The Asher's assembled one of tv's all time great casts and one of the very first ensemble comedy shows in tv history. ABC became the #1 network for key demographics nearly overnight, and began ordering almost 40 episodes a season throughout the show's run. In retrospect, network demands for so many episodes per year sometimes diluted Bewitched's episode catalog, but closer inspection uncovers a program showcasing top quality comedy that touched on social issues such as feminism, racism, bigotry, materialism, mass hysteria and so much more. These issues were so smoothly created that many viewers hardly noticed Asher & Montgomery's political statments. The industry did, however, and awarded Bewitched with nearly 2 dozen emmy nominations. In 1971, Bewitched and the Asher's received the Governor's Award for Excellence for the Television Academy for a Christmas episode regarding bigotry and racism. Burning out after 8 years, the Asher's decided to move on to other projects early in 1972, despite the fact that ABC still wanted 2 more years.

Beyond Bewitched, William Asher continued to direct and produce. He has brought countless more hours of entertainment to the television audience, with shows such as The Paul Lynde Show, early episodes of Alice, and the classic teen show Gidget. After a number of other feature films, Asher wrapped up his tv career with a couple of reunion tv movies, I Still Dream of Jeannie and Green Acres.

For some unknown reason, William Asher has not received the credit he is due. His directorial style was a major influence on all situation comedies. Perhaps he was overshadowed by mega-stars like Lucille Ball and Elizabeth Montgomery, but he stands amongst the most significant television directors of all-time!


Posted by Iconservation at 9:19 AM