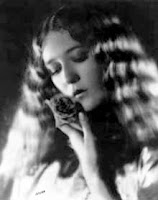 In the earliest days of television development, Philo Farnsworth was a man with a mission. The earliest broadcasts were not being sent into American homes, but generally, from room to room, or building to building. Very little attention was being paid to Farnsworth's work, as most of the focus in the industry was on silent films and radio.

In 1926, however, Farnsworth looped a segment from a Mary Pickford - Douglas Fairbanks silent classic, The Taming of the Shrew. Simply a loop of Ms. Pickford combing her hair, this repeat performance over a span of many weeks proved genius. Farnsworth repeated the loop, improving the image quality with each passing day.

That real stroke of genius, however, was inviting the Hollywood superstars Pickford and Douglas to see his invention. A mild media frenzy ensued as the married couple traveled from Hollywood to New York to witness his invention. Unfortunately, by the time the couple arrived, Farnsworth's last minute tinkering with his invention reduced the image quality. As the stars arrived, Farnsworth manically attempted to correct his error. Pickford and Douglas were not impressed. But the real story was the excitement created of combining top stars with his new invention, television. It was a publicity coup and exactly what televsion needed to move forward.

Posted by Iconservation at 7:01 PM