White Lightning in a Bottle 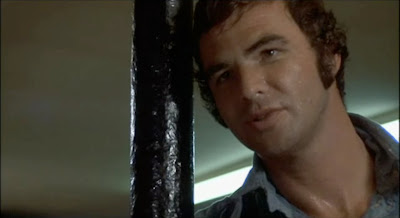 Burt Reynold's star power in the 1970s placed him atop the movie star heap, amid the greatest Hollywood icons like Gary Cooper and Clark Gable. Reynolds, 37 at the release of his second blockbuster, White Lightning, was at his physical peak. The man could not take a bad picture. 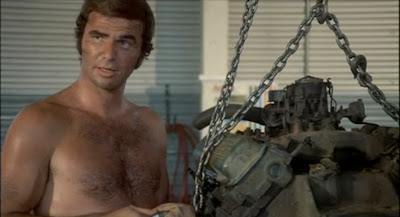 Reynolds exuded a macho, brooding, white hot sexuality -
far removed from the current day, over-shaved, pretty boy star - and playfulness that kept him at the top of the box office for over a decade. White Lightning, his follow-up to 1972's breakthrough film, Deliverance, is the quintessential Reynolds movie. This is the movie that all the other car chase and road films of the 70s eumulate. His string of blockbusters include Gator, Smokey and the Bandit, The Longest Yard, The End, Cannonball Run, and The Best Little Whorehouse in Texas. Besides the intensity of Reynold's performance, this action movie features an excellent plot and direction. The haunting opening scene of the death of Gator's brother grabs the viewer from the first second, and Reynold's grip on the viewer never loosens until the end. With this film, Reynold's became a superstar and a national sex symbol. Audiences flocked to see and hear his infectious laugh for the next 10 years, and he still holds the record for longest run as the top box office draw in history. 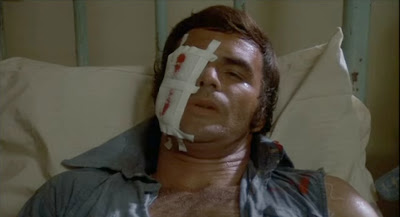 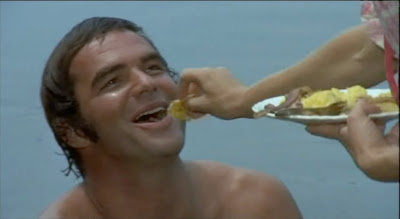 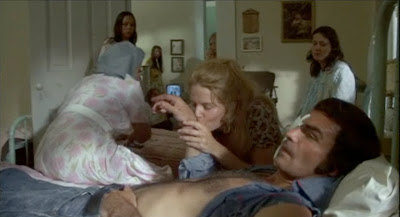 Posted by Iconservation at 10:13 AM