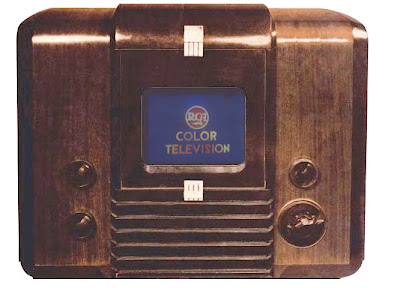 RCA, the parent company to NBC, needed the perfect show to launch their new NTSC (a branch of the FCC) approved color system. Certainly, hits like Dragnet, Milton Berle's Texaco Star Theater, or Your Show of Shows could provide colorful excitement to the medium, RCA realized Kukla, Fran, and Ollie provided every element needed. It was a simple show, with very few objects and a small set that required very little camera movement. Also, being an afternoon telecast, this color experiment would survive the tough scrutiny that would come with bigger fare. And most importantly, the huge ratings promised the viewers and promotion needed to kick off their fresh campaign to excite viewers and advertisers about color programming.

Thus, Kukla, Fran, and Ollie was chosen for this monumental television moment. It was one of the biggest hits in all of television in the late 1940s and early 1950s. Though a daytime show, its ratings were comparable to top primetime blockbusters like Texaco Star Theater with Milton Berle and Toast of the Town with Ed Sullivan. At its peak, the show received 18,000 letters a week. The show was, indeed, unique for a children's show. Both children and adults were fans of the show; and, among its many fans were Tallulah Bankhead, Orson Welles, Marlon Brando, Thornton Wilder, Lillian Gish and Adlai Stevenson. The large net of fans was due to the show's approach. The characters were given depth and continuity. In fact, much of the humor arose from knowing the history or the characters and episodes. It took a few shows for viewer to get hooked, but then...hooked they were.

RCA and NBC began heavy on-air promotion about the experimental colorcast to peak viewer and advertister interest. Interestingly, almost no one had color sets as the FCC was still a few months from officially declaring the NTSC (National Television System Committee) adopted system of color telecasting. The few that could view the experimental color system had close ties to RCA and NBC, such as advertisers and studio executives. While adults may have understood the concept, many kids did not - and understandably so! 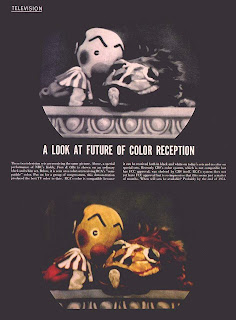 The much publicized episode was a special event for the program. Filmed in a New York theater, and with the musical accompaniment of Arthur Fiedler and the Boston Pops, the Kukla, Fran, and Ollie cast and crew recreated a grander episode from June, St. George and the Dragon, based on the classic myth and its many incarnations. As children, excited from the long promotion and build-up to the telecast, gathered around the televisions, their wound-up anticipation deflated to disappointment. As documented in Larry Brody's book, Turning Points in Television:

NBC announced that August 30, 1953 was going to be its big day, bringing color to Kuklapolitan fans. Man, was I ready. My mother and sister and I sat down to watch the show, and lo and behold - we saw what we'd always seen: Kukla trying to solve the latest problem....oh yes, they also talked about the fact that they were in color and how exciting it was......for us, everything was black and white and various shades of gray. As it had always been. As it would always be until my family shelled out for a new RCA color TV set...To say I was disappointed is to understate the case. I was devastated. I was so upstet that I refused to watch Kukla, Fran, and Ollie again. At least until the next week. 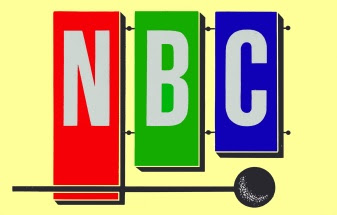 Undoubtedly, confused kids across the nation were just as dismayed, but for NBC, the experiment worked. The increased interest in color jump started the process (again), and by January, 1954, all the loose ends were thread together and the industry (networks, manufacturers, and the FCC) began the slow, "spectacular" process of color. The first official color broadcast, after the FCC adopted the new system a few months later occurred on December 17, 1953 when NBC broadcast the first colorcast of the NBC "Chimes" logo (at 5:31:17 P.M.) 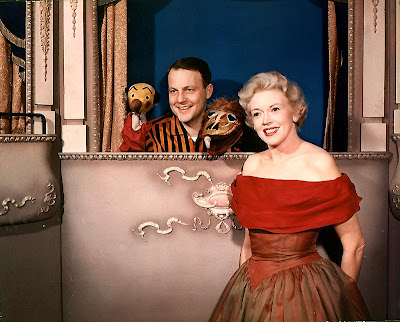 Notes: A rarity in live television, over 700 kinescope individual episodes are preserved in Chicago. Also of interest, the first color broadcast by a network was also Kukla, Fran, and Ollie - from a fall, 1949 episode that was used as an in-house test by RCA.