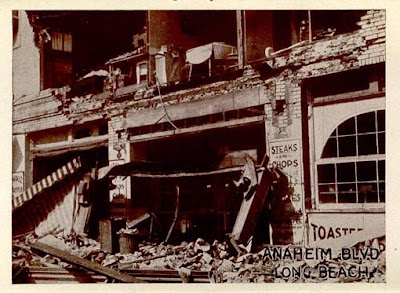 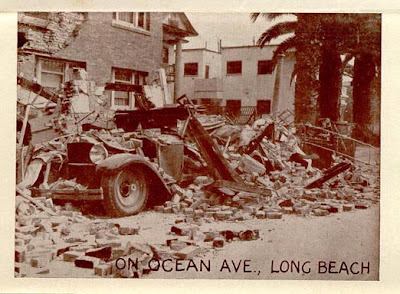 At the height of the great depression, television was a rarity. Even if television sets were for sale in 1933, very few people could have afforded one. In early 1933 Los Angeles, station W6XAO was broadcasting just two hours of programming a day. Having access to the film industry, the station contracted Pathe Newsreels and other studio-filmed programs. The station also staged in-studio interview shows with Hollywood stars. Local television promotion offered home-made "make your own television" kits and also placed sets through the Los Angeles area's appliance stores and department stores. It was common for people to gather just to watch the new radio with pictures.

On March 10, 1933, W6XAO premiered a new format of all-day broadcasting, and was on the air when a major 6.4 earthquake devastated the Los Angeles area. Long Beach was the worst struck. Nearly all schools were demolished, and nearly all buildings sustained damage. The estimated 120 death toll would have been much greater if the earthquake struck a few hours earlier. For this to coincide with W6XAO's new format was both significant and prophetic.

As the earthquake subsided around 6 pm, W6XA0 had in place full news crews ready to film material needed for their new all-day broadcast format. Film crews dispersed and documented compelling, astounding visual images of the destroyed city. The first of the films were filmed and processed for broadcast as early as Saturday, March 11.

Over the coming weeks, people were finding working television sets in some department stores and homes outside the epicenter, and gathered in large numbers to watch. This landmark occasion pushed television to the forefront as newspapers dedicated heavy coverage of the television broadcast and the significant achievement of the filmed document of the natural disaster.

The 1933 L.A. earthquake launched serious changes in building codes and created the Field Act, which implemented better design and construction. It was also the first television coverage for a natural disaster.

Please Stand By: A Prehistory of Television by Michael Ritchie


Posted by Iconservation at 2:21 PM