"We interrupt this broadcast for a special report from the President of the United States . . . "

7 pm sharp, Monday evening on October 22, 1962, unsuspecting television viewers were about to hear the most chilling speech of their lives. Over the next 17 minutes, American audiences were fed dire words and ominous phrases from their leader, John F. Kennedy. Offensive threats. Maximum peril. Threat to peace. Nuclear missile launched from Cuba! These buzzwords echoed throughout living rooms on all networks just prior to the networks' evening news.

The timing was specific. The Kennedy administration was using television (and radio) for maximum effect this evening. The announcement of a Soviet build-up of nuclear missiles in Cuba would carry over into the evening news, offering immediate repeat and analysis of the speech. Kennedy was using television to reach more than just an American audience! He was also speaking directly to the Soviet Union.

Audiences must have found it difficult to watch "Lucy Misplaces $2000", the sitcom episode that followed the CBS Evening News. But they did, as television programming proceeded as usual, with an occasional news break or special interspersed. The next 6 days proceeded with the same regularly scheduled programming, but the news briefs became more alarming with each program interruption. With saucer eyes, Americans stayed close to the television, mentally zoning out Sing Along With Mitch, Perry Mason, and Red Skelton as they awaited the impending announcement of the end of the world.

The entire affair was complicated. On September 27, a CIA agent in a bar in Cuba overheard that Castro had nuclear weapons. Since the summer of 1962, the U.S. suspected Russia was secretly sending and setting up weapons in Cuba, but as the surveillance continued, the worst news imaginable was proven true. The missiles were nuclear warheads. Khrushchev, upset over new U.S. nuclear weapons in Turkey, proclaimed America should remove the nuclear missiles from Russia's backyard.

Castro was a natural ally for Russia, as the ban on Cuban exports had hit the country hard. The disastrous Bay of Pigs clarified the U.S. intention to invade Cuba. With nuclear weapons, Castro could breathe a sigh of relief. It was a political game, albeit a dangerous one, and both Khrushchev and Castro hoped to win their bluff against Kennedy. These details, however, are not being reported on television.

Most of the news coverage examined Kennedy's quarantine of Cuba's shipping lanes, and wondered aloud if this was an act of war. With Soviet ships moving closer to the United States fleet, watching Americans knew just one slip from either side could mean global annihilation. On October 28, Americans breathed a small sigh of relief as Soviet ships turned back. The tension was not over however until news reports surfaced that Khrushchev agreed to dismantle the Cuban missiles in exchange for a U.S. promise to not invade Cuba.

The official end of the crisis was not until November 20, but the intensity of the crisis subsided for the viewing public on Sunday, 28, 1962. The previous week, as played out on television, put both fear and patriotism into play. And Kennedy, previously faltering in the public eye after numerous foreign policy missteps, rebounded and led the Democrats to success in the mid-term elections. Soviet timing might have been tied to the November elections from the start, and Khrushchev suspecting Kennedy would falter and upset the current political balance in America.

Numerous landmark decisions were made during the crisis related to television journalism. According to a Museum of Television and Radio thesis by Mary Ann Watson, the "... total preemption of programming made little sense to the networks . . . There was a grave danger, the networks felt, if reporters turned to speculation. As noted in the trade press, 'that might unnecessarily inflame an already frightened public to terror.'" This frame of thought was adopted by television and newspaper executives. At the governments request, information was withheld from the public, including reports of the American spy plane shot down over Cuba. Such statements from networks may seem ironic in today's world of 24 hour news coverage; perhaps, the essential footnote is the extent that journalist turned a blind eye during the crisis and in the name of patriotism. 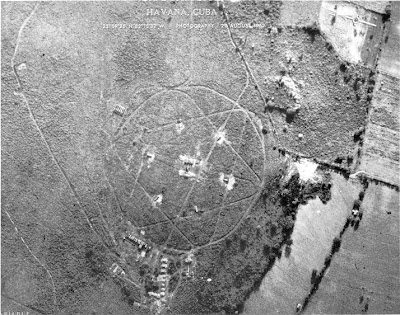 Posted by Iconservation at 6:05 PM