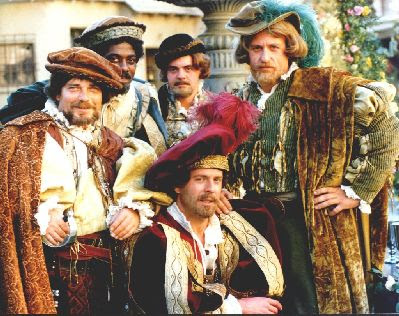 In the mid-1980s, Moonlighting reshaped and broadened the television landscape. Notorious for mixing tense drama and side-splitting comedy, this television masterpiece influenced the direction of television like no other show of its era. On November 25, 1986, "Atomic Shakespeare" demolished old television devices and created a fresh new approach for entertainment. The episode opens with a young boy obligated to read "The Taming of the Shrew" as homework, but the young tyke would prefer instead to watch the TV show "Moonlighting". This scenario bookends the episode, as the kid daydreams that the Moonlighting cast, including Petruchio Dave and Kate Madie, perform a feminist take of "The Taming of the Shrew," in full iambic pentameter.

The complexity of the writing, including the self-mocking show-with-in-a-show formula, was landmark. Television networks (and cable) began to push for the development of smarter programming. It was cable that paid the most attention, however, as broadcast networks continued to demand too many episodes per season for this type of production. Moonlighting, refusing to litter their catalog with filler episodes, set a new standard for production companies. Ultimately, Moonlighting's refusal to create a 22 episode season was muddied by ABC's demanding schedule of repeats, and the smash show lost viewers.

In 2007, television viewers who love cable TV's superior, shorter season series of 12 to 15 episodes with superior production values, such as the Sopranos, Curb Your Enthusiasm, and Rome, can thank "Atomic Shakespeare" and Moonlighting.